Thank you to all of our sponsors, performers, volunteers, and attendees!! Check out the pictures of the amazing performers and learn more about each band! 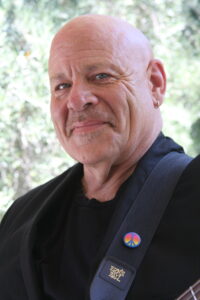 An honors graduate of the University of Montana School of Music with additional vocal study in Vienna, Austria, David’s diverse career as a performer, educator, arts administrator, recording artist, and mental health advocate has taken him to all 50 states, 19 countries, and 4 continents. He has performed on stage with Alice Cooper, members of REO Speedwagon, Bob Hope, The Phoenix Orchestra and toured as Music Director and Bassist for Motown Recording Artists The Drifters. David currently serves as Founder and Executive Director of The UBU Project whose mission is: The prevention of youth suicide, addiction, and bullying through social/emotional arts integration residencies. David has one son, Niko (an aspiring opera singer in Minneapolis, MN), and currently makes his home in the Phoenix West Valley with his beloved fiancé, 2 dogs, and 6 guitars. 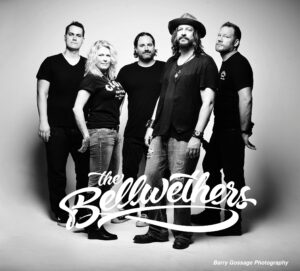 Since hitting the Phoenix music scene in 2010, The Bellwethers consistently perform edgy, high-energy, blues-fueled rock that light up stages across the Southwest. Gigging everywhere from dive bars to marquee venues, the band boasts a collective dynamic of talented musicians originating from the East and West coasts. The band has opened for international acts like REO Speedwagon and the Fran Cosmo band (former members of Boston). They have also been a featured artist at the Arizona Cardinals Pre-Game Show at State Farm Stadium in Glendale, AZ and on local radio across the US.

An assemblage of music veterans, the band features Fran Scianna, Dan Scianna & Kim Dangerous formerly of The Sciannas, Bill Stimson formerly of Jonestown, and drum lord, Corey Plueard. Combining a broad brush of music styles combined with thought-provoking lyrics, the band cranks out soulful beats resulting in an artistic signature that is making them one of the Southwest’s must-see acts. With influences ranging from Pink Floyd to Bob Dylan to the Rolling Stones, the Bellwethers weave their way through multiple genres, belting out powerful performances underneath the bright desert lights.

Anyone who has seen the band perform is well aware of their incendiary live shows. Think blues, psychedelic, punk and classic 70’s-era rock tossed into a blender and turned on high. The band continues to expand its horizons, gaining new fans at each performance and generating enthusiastic reviews. The band’s original music has been featured in local commercials and radio stations around the globe. A community-minded group, they regularly play benefits for various charity organizations, with a strong commitment to supporting impoverished families, suicide prevention and cancer research. 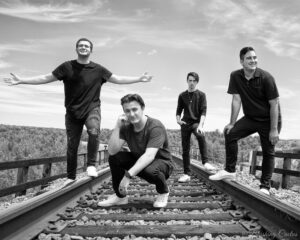 Founded while in high school by Zack Bruge (Rhythm Guitar/Backing Vocals) and Brad Stockton (Lead Guitar) after they met in guitar class. Zack and Brad decided they needed to start a band since they had a common B in their names…now…they needed a singer, however, the one they wanted didn’t have a B in his name until he said his middle name was Brandon… welcome to the band Karl Nagy (Lead Vocals/Bass). Now they needed a drummer, in walked Tony Galvan (Drums) and the rest is history.

In 2018 Promise To Myself released their debut EP “One For The Runaways” which can be heard in all Dutch Bros locations nationwide.

After playing dates on the Van’s Warped Tour and performances at NAMM 2020 brought attention to the band. Recently PTM signed on with The Orchard (Sony) for the distribution of their music worldwide. Promise to Myself brings a fun and creative energy to the stage that will surely keep you guessing what might happen next!

PTM has partnered with the RnR Memorial Fund (www.rnrmemorialfund.com). The memorial fund was started by Tracy & Brent Stark after Tracy’s sons Ryder and Radek were tragically killed. The band takes ‘RnR’ stickers to all of their shows and created a special ‘t-shirt’ where the proceeds go towards the fund to help put underprivileged kids through hockey camps and buy equipment. They even documented on Instagram taking RnR’s ‘Jerome the Gnome’ on their travels to Austin during SXSW in awareness for the charity. PTM encourages their fans to take the stickers along in their travels and use the hashtag #rnrseetheworld, taking Ryder and Radek along.

In 2020 PTM released their 2nd EP “I Might Be Crazy…”. Even during a pandemic, the band continued to promote their music through live streams and social media and re-inventing the band’s sound and brand.

Also, in 2020, the band’s singles Another Tragedy and Monster from their debut EP “One For The Runaways” were chosen for the independent science fiction film “The Unhealer”. The film shot entirely in Arizona has been winning awards at film festivals all over the world.

Recently, Promise To Myself was asked to write a song for SafeBeat (www.safebeat.org) to help bring awareness to the SafeBeat cause. SafeBeat is a national initiative that establishes local and regional preventative heart screenings in an effort to prevent sudden death in youth and create a healthier generation throughout America’s public middle/high school systems.

The band believes every fan is a part of their ever-growing family in the crazy thing called life. 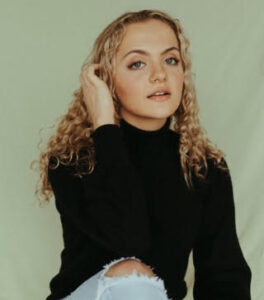 Singer/songwriter Izzy Mahoubi picked up a guitar and wrote her first song at the age of eleven. It was not long after that she began performing her original music around her hometown of Phoenix, Arizona and Nashville, Tennessee. Now at the age of 17 Mahoubi has released 5 singles and continues to grow her fan base. After growing up listening to artists like Tom Petty, Taylor Swift, and John Mayer, Izzy fell in love with songwriting and has been greatly influenced by many genres. A blend of indie pop and folk, Mahoubi’s lyrics are honest and her melodies are memorable. Her music has been described as “contagious pop with radio friendly hooks and commanding vocals” (Ed Masley, Music Critic for the Arizona Republic).

As for the future, Izzy is eager to begin performing again at larger venues and music festivals as the country reopens. Mahoubi plans on writing and performing as her full-time career and remains excited for listeners to discover her music for the first time. 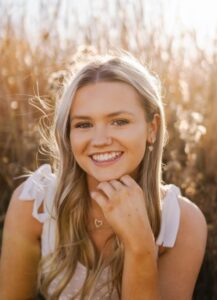 Mackenzie McGraw is a seventeen-year-old senior attending her last year at Pinnacle High School. Mackenzie is a singer-songwriter based out of the Scottsdale area. She has been pursuing her passion for music for six years and plans on moving to Nashville in the fall to continue her journey. In addition to Rock the District, Mackenzie performs at local farmer’s markets on the weekends. Some of her inspirations are Taylor Swift, John Mayer, Dolly Parton, and many more. Mackenzie is beyond excited to be a part of Rock the District 2022! 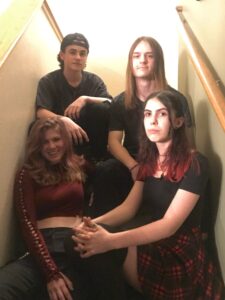 “Nevermind The Damage” is a hard rock band inspired by the subgenre of angelic vocals over heavy beats! Every musician in this band play and write to their fullest strength and abilities, with emphasis on everyone getting their chance to show off their talent. 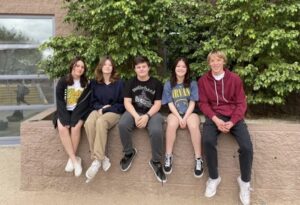 We are the Sock Monkees! We are a punk/alternative band formed by students at Cactus Shadows High School. Courtney, our lead singer displays great talent and confidence, keeping the band musically united and bringing the whole band together. Zack on drums and Sophia on bass are the backbone of the band and keep the rhythm going and the band on time. And Gabe and Gina on guitar help to build the foundation of the music, keep the rhythm, and form the melody that brings our music together. 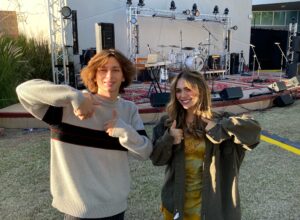 Nina and Nick, who both attend Cactus Shadows High School, are friends who started playing together about a year ago. They draw influences from a wide range of musicians including Keane, Alicia Keys, Seafret, and Coldplay to name a few, Producing original music and covering some classics, Nina and Nick’s vibe is soulful, pop and rock with some country thrown in. 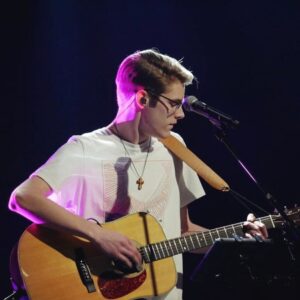 Grant Pipher (16) is a guitarist/vocalist who loves almost all kinds of music. Born and raised in Cave Creek, Grant began playing guitar at the age of 11 and has been serving on his church’s worship team for nearly 3 years. Growing up listening to his parents’ music, Grant became infatuated with bands/artists such as Guns ‘n’ Roses, Metallica, Van Halen, Prince, and Journey. Additionally, his love for acoustic guitar and singing was fostered by fellow musicians who introduced him to artists such as John Mayer, Tommy Emmanuel, and Dan Fogelberg. 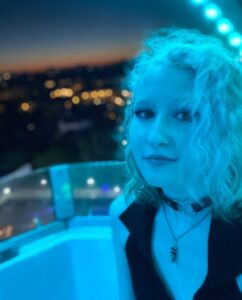 Hi, I’m Emma Lisiewski! I’ve been playing music since I was 8 years old and I’ve been performing for about 4 years. I love all kinds of music and can’t really pick a favorite genre! I’m pretty new to being a solo artist, I’ve mostly performed in bands with other people, but I’m super excited to be playing in Rock The District, it’s gonna be such a blast! 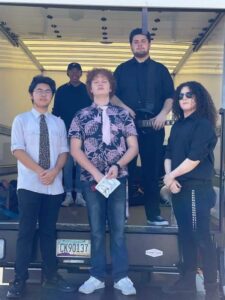 Hello! We are Hillside Dreams, a hard rock band based out of Glendale Arizona. We comprise of 4 members, Conner Eckerson on lead vocals and rhythm guitar, Kai Jinn on lead guitar, Randy Limon on bass guitar, and Adryan Escarsega on Drums. With a variety of original rock songs, we are sure to keep your head banging!